Adrenaline addicted veteran, Vivian Chastain, confronts the man who has been following her for days, only to find he has a message of dire consequence for her. Spurred into action by his news, she barrels head on into a tumultuous and violent series of events. Stoic and stubborn as always, Vivian lands in the hospital, fighting for her life.

During Vivian’s lengthy recovery, her partner is released from jail and the two reconnect, stoking up the flames of their toxic union all while Vivian dives into a blossoming relationship with a new love interest who offers fulfillment and love, if only Vivian can figure out how to allow it all in.

Vivian learns that the coast is not clear as former threats return and continue to endanger her. While she cannot rest easy; friends, her work crew, and customers at the night club where she tends bar provide her with much needed fun, comradery, and support.

Vivian wrestles with her temper, her penchant for physical violence, and her overwhelming emotional baggage. Struggles from within and without threaten her existence, and in the moment when death is just a breath away, Vivian’s brother shows up and changes everything.

The weaselly man, who looked like a damn scarecrow, stammered but didn’t answer my question.

I hissed at him through clenched teeth. “You! You fucking twit. Everywhere I go, there you are. What the fuck do you want?”

He shifted his stance and stammered again. The crease between his eyebrows told me he was frightened.

His wispy, poor excuse for a goatee shook in the breeze. I clenched my fists, restraining the urge to pummel his stupid ass.

“Last chance,” I said, spitting the words at him like nails.

“I-I’m supposed to bring you a message?” He sounded unsure of himself, and I halfway hoped he pissed his pants a little.

“And?” I shouted, glaring at him impatiently.

He drew in a shaky breath. I exhaled loudly; my patience gone. A ball of violence, I stepped toward him. He sniffled and closed his eyes, raising his hands, readying himself for my fist in his face.

“Oh, really.” I sneered at him, skeptical. “Jared sent the worst tracker ever to bring me a message? I doubt that very much.”

“He told me you wouldn’t believe me. He also told me you might kick my ass.” He paused, rubbing two red marks on his throat where I had hit him with a stun gun the night before. “He told me to tell you you’d believe me if I said the words ‘lemon tree.’”

I squinted at him, considering the phrase “lemon tree,” and let out a bark of laughter. Embarrassed, he lowered his chin. I mulled the news over and watched the guy, making him wait while I took my time drinking water and eating some dried apricots from my hiking bag, trying to cover up the fact that my hands were shaking from low blood sugar.

He adjusted his weight from one foot, clad in a grubby worn-down shoe, to the other, and he rubbed his hands together as if he were washing them in a sink. The raspy sound of his skin annoyed me.

“Okay, fine. Lemon tree. That’ll do. Who the fuck are you, and what’s the message?”

“I’m nobody. What matters is that Jared got mixed up in a relationship with some whacked-out woman, and she won’t let him have contact with anyone. Not friends. Not family.” He started speaking faster. The floodgates had opened. “She only lets him go to work. He has to spend all of his time off with her. Like, he’s practically her prisoner.”

“I’m not a fan of the ‘crazy girlfriend’ misogynistic bullshit. What’s really going on? I need details.”

I raised an eyebrow at him, and he cowed down a bit.

“Okay. Okay. Here’s the deal. Right after they started dating last year, she moved into his house. She is trying to get him to quit his job and work with her. And she is a drunk. She gets blackout drunk most nights. She pukes in the bed and on the floor on purpose…and she makes him clean it up every single time.” He rumpled his shaggy hair and tugged at his baggy pants. “She won’t let him out of her sight except for work or when he goes running. She won’t even let him shower alone. Can you believe that shit?” His eyes flicked up to mine, and spittle at the corners of his mouth glinted in the sun. “She has a rule that he can’t jack off, and she thought he would do it in the shower since that was the only privacy he has left. So, they have to shower together now. It’s beyond fucking insane.”

I stood there, chewing a tart apricot and taking it all in, snapping up and cataloging every detail of what he said, trying to stay objective when, really, I was pained for Jared who was my best friend and my rock.

The guy stopped, drew in a breath, and scratched his goatee with a shaky, anemic hand. He was clearly upset by what had happened with Jared. They had to be more than just random acquaintances, but what their relationship was, I didn’t know.

“Jesus. Okay. Well, did he have a specific message for me, or did he just want me to know what’s been going on?”

“When I get back down there, I am going to get him a burner phone. He’ll have to find a way to hide it from her. He is going to try to call you when he is out on a run, so keep your cell phone on and handy. He needs your help. I’ve never seen him like this. He is normally such an independent and stable guy. Why he can’t just tell her to fuck off, I don’t know.”

I nodded. “How did this happen?”

“All I know is that something really upset him last year and he hasn’t been himself ever since.”

I flinched, realizing I was the one who had upset Jared. “But how could he let himself get sucked into this? It sounds like he has essentially surrendered his whole life over to this lady.”

He sniffed. “Haven’t you ever been adrift? So raw you are vulnerable to everything?”

My chest stung as I thought about my partner, Ang, and decided to change the subject. “Why did it take you so long to talk to me? I’ve seen you a couple of times. Why follow me all the way out here?” I motioned to the desolate hills around us.

“I wasn’t sure you were…you. He couldn’t get me a picture, and you’re not on social media.”

I shook my head at him, not knowing what he was talking about. “I don’t own a computer.”

He tilted his head at me, and then went on. “Well, she even took away his photo albums and his records. Can you believe it? You know how much he loves playing his records, right?” He kicked a piece of gravel. “Anyway, he gave me your description, what kind of truck you drive, and name, but that’s it. I’m not exactly the most forward person, so I hung back to make sure who you were. And, I tried earlier outside your apartment building, but that didn’t go so well.” He rubbed his throat again.

“Okay, dude. I stun gunned you because it was 4:00 a.m., and you were blocking the door to my apartment building. Maybe rethink your strategy if you ever have to stalk me again.” I chuckled, but he didn’t smile. “Anyway, I’ll wait for his call. Now get your ass back down to Morro Bay and get him a phone.”

Relief washed over his face, and some color came back into his cheeks as he trotted off toward a beat-up old pickup truck, his sneakers slapping against the cracked blacktop.

As he drove away, the shakes hit me even harder, and I remembered that I needed to eat. I had just done a monster hike and was completely depleted. I jogged to my truck, changed out of my hiking boots, grabbed lunch, and sat at a picnic bench in the sunshine.

It was sweet relief to be back in my lightweight sneakers. I ate slowly, taking in the green hills all around. The sounds at Briones were so different than where I lived in Midtown Sacramento. The clanging of the light-rail train was replaced with tree branches swishing in the wind. The sounds of cars motoring down Twenty-Fourth Street were replaced with bird calls.

A family tossed a slobber-covered tennis ball over and over again for their dogs. A man across the parking lot fiddled with his mountain bike, pumping up the tires, checking the chain and gears. I had seen him at the park several times before and knew he was exceptionally thorough about his bike maintenance.

My legs started to cramp up, so I ran a quick lap around the field and stretched before packing up and using the outhouse one last time. Loose gravel crunched under the tires of my truck as I pulled out of the parking lot. I rolled slowly past the man fiddling with his mountain bike. His expression was serene, his body loose, not stressed. We made eye contact, and I gave him a salute as I rolled by. He snapped to attention and popped a salute so sharp it was startling. A former marine, perhaps.

As I drove back to Sacramento, my thoughts were laser focused on Jared. We had known each other since we were kids in army basic training and had been on some rough deployments together. The situation he was in didn’t align with the smart, funny, reliable, headstrong Jared that I knew.

We’d had a falling-out the year before, when he asked me to take our relationship from friendship to something more and I had turned him down. I thought we had gotten past it, but as I gripped the steering wheel and looked at the blur of orchards lining the freeway, guilt flooded me. Maybe he had been more hurt by my rebuff than I had thought. Had he spiraled and landed in a toxic relationship with a woman who was controlling and, dare I say it…abusive?

Sad, I shook my head and focused my thoughts back on how I could help him. 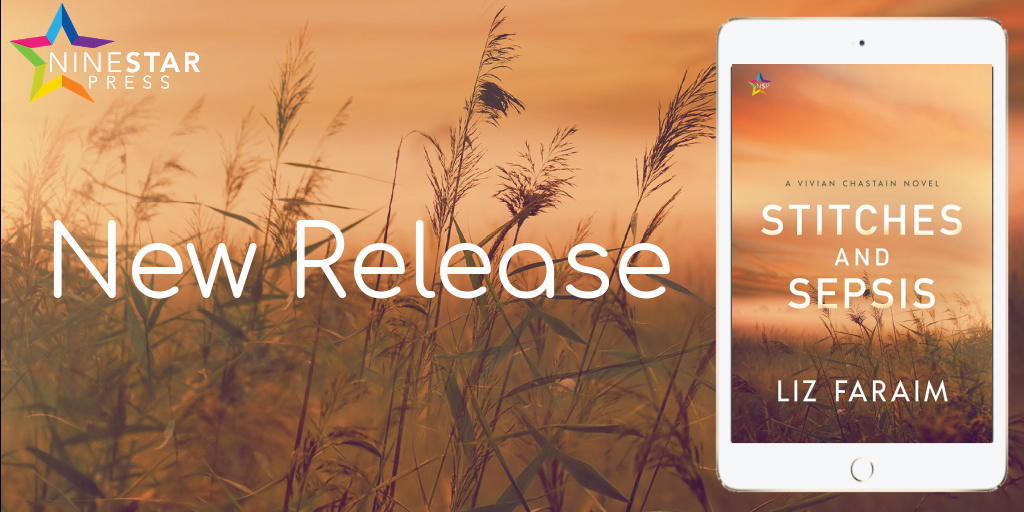 Liz is a recovering workaholic who has mastered multi-tasking, including balancing a day job, solo parenting, writing, and finding some semblance of a social life. In past lives she has been a soldier, a bartender, a shoe salesperson, an assistant museum curator, and even a driving instructor.

Liz lives in the East Bay Area of California, and enjoys exploring nature with her son.